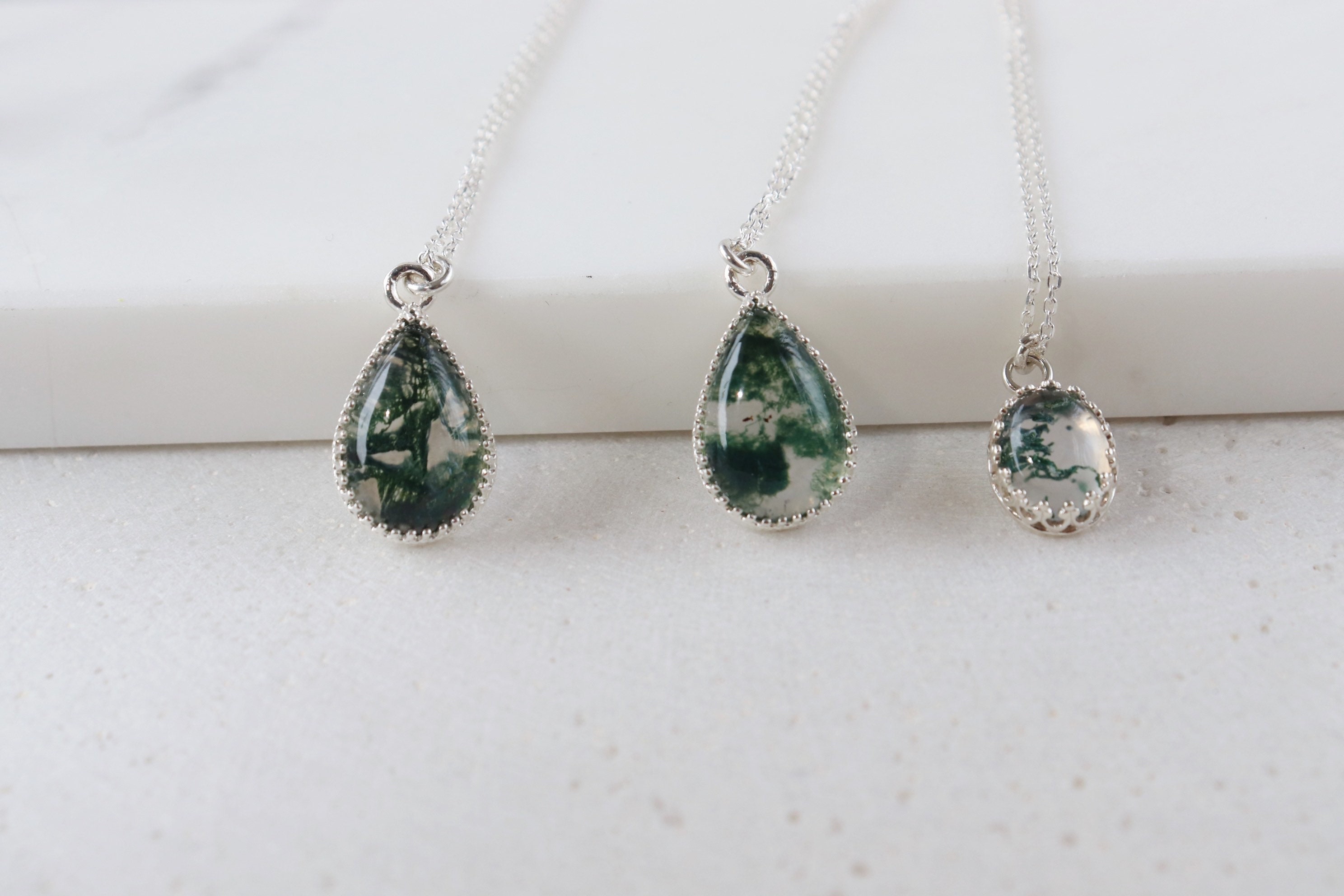 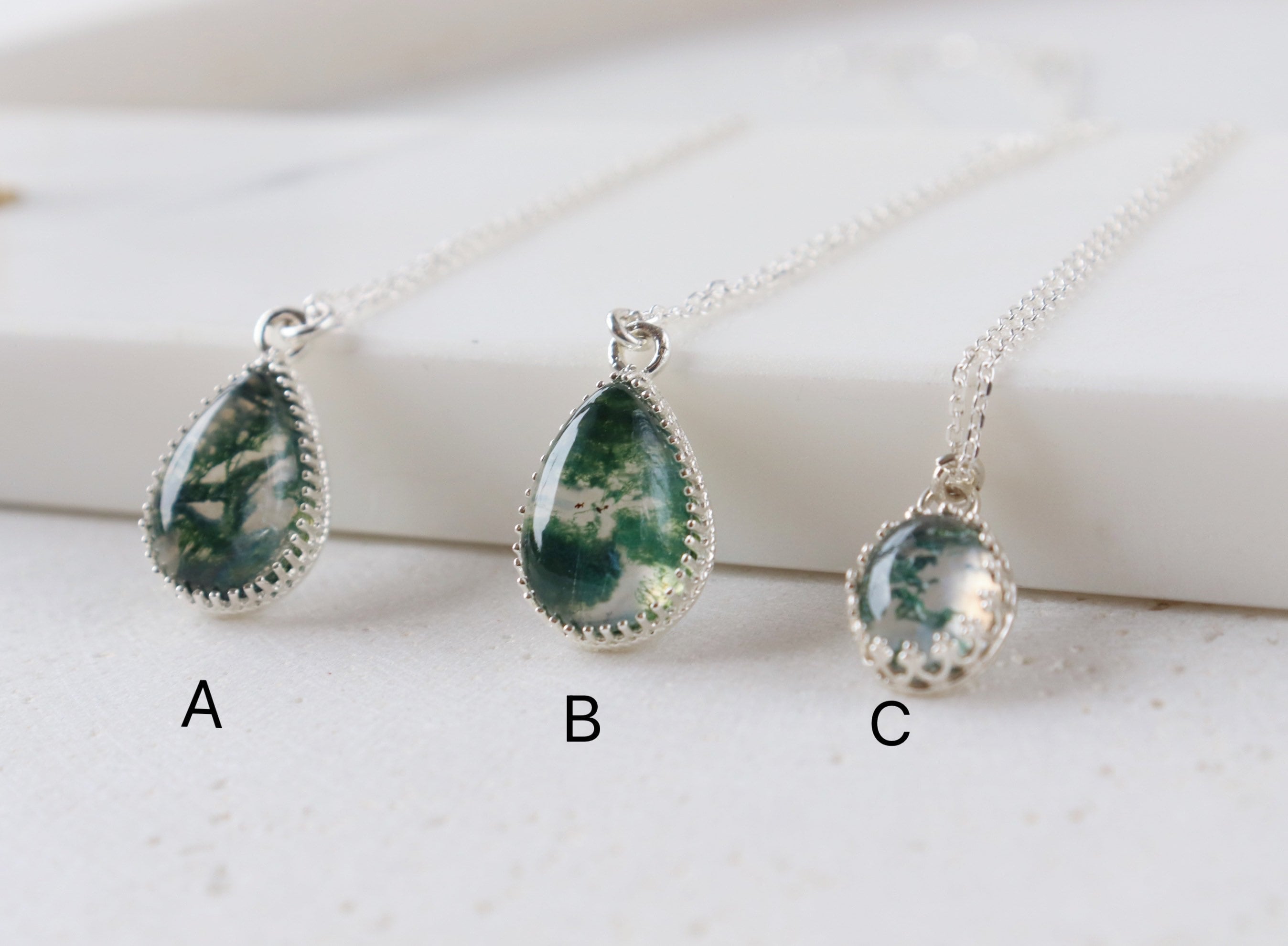 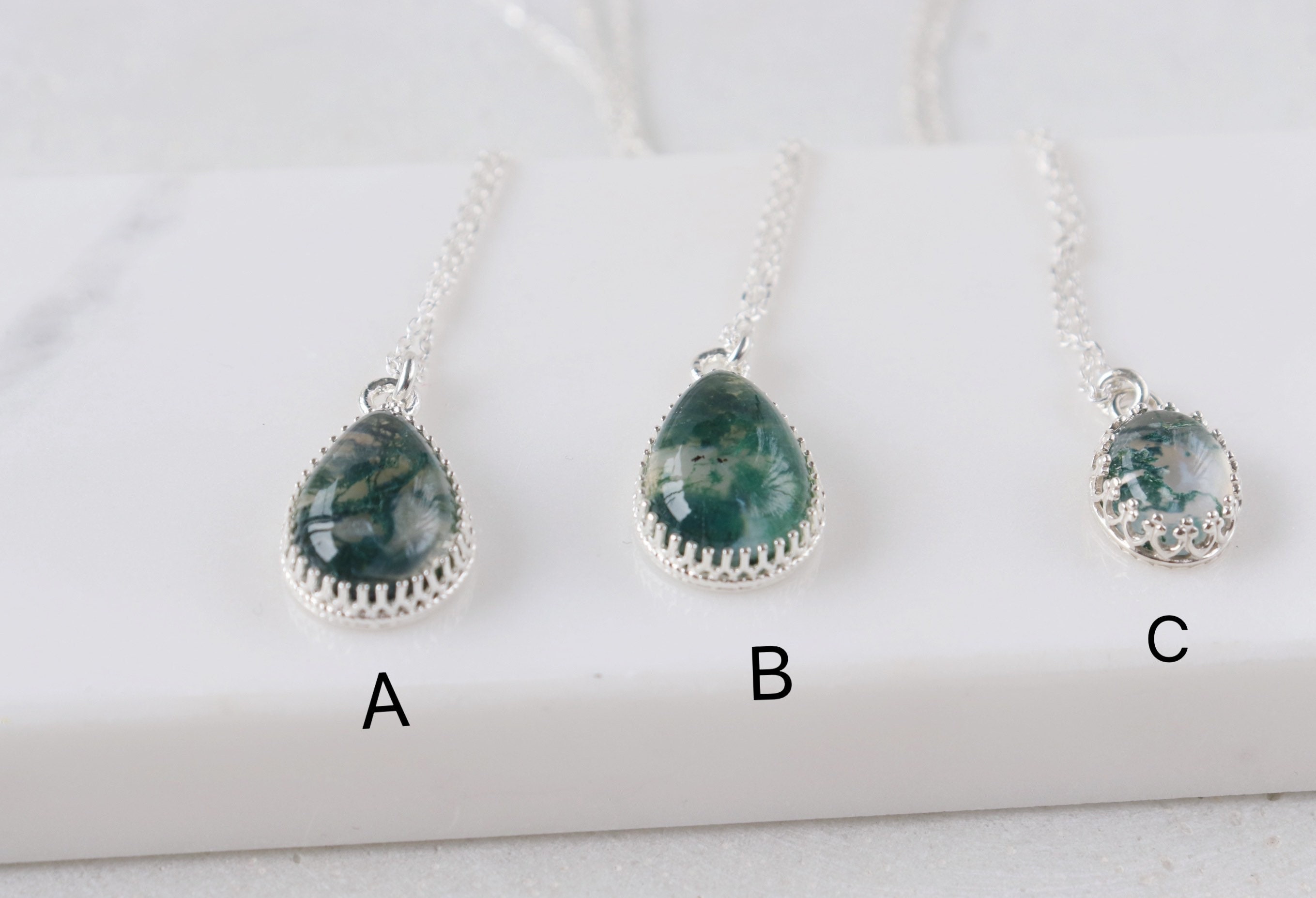 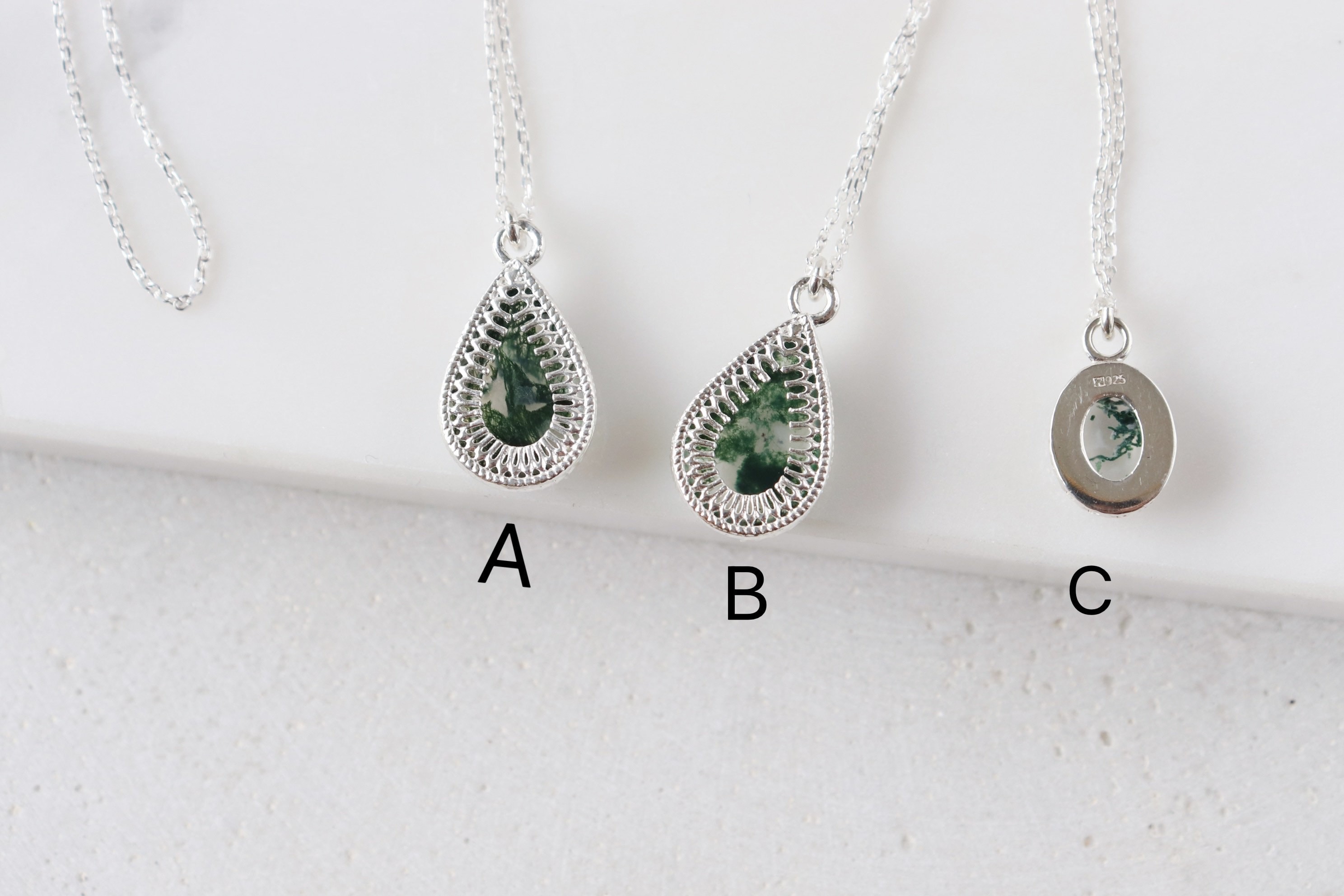 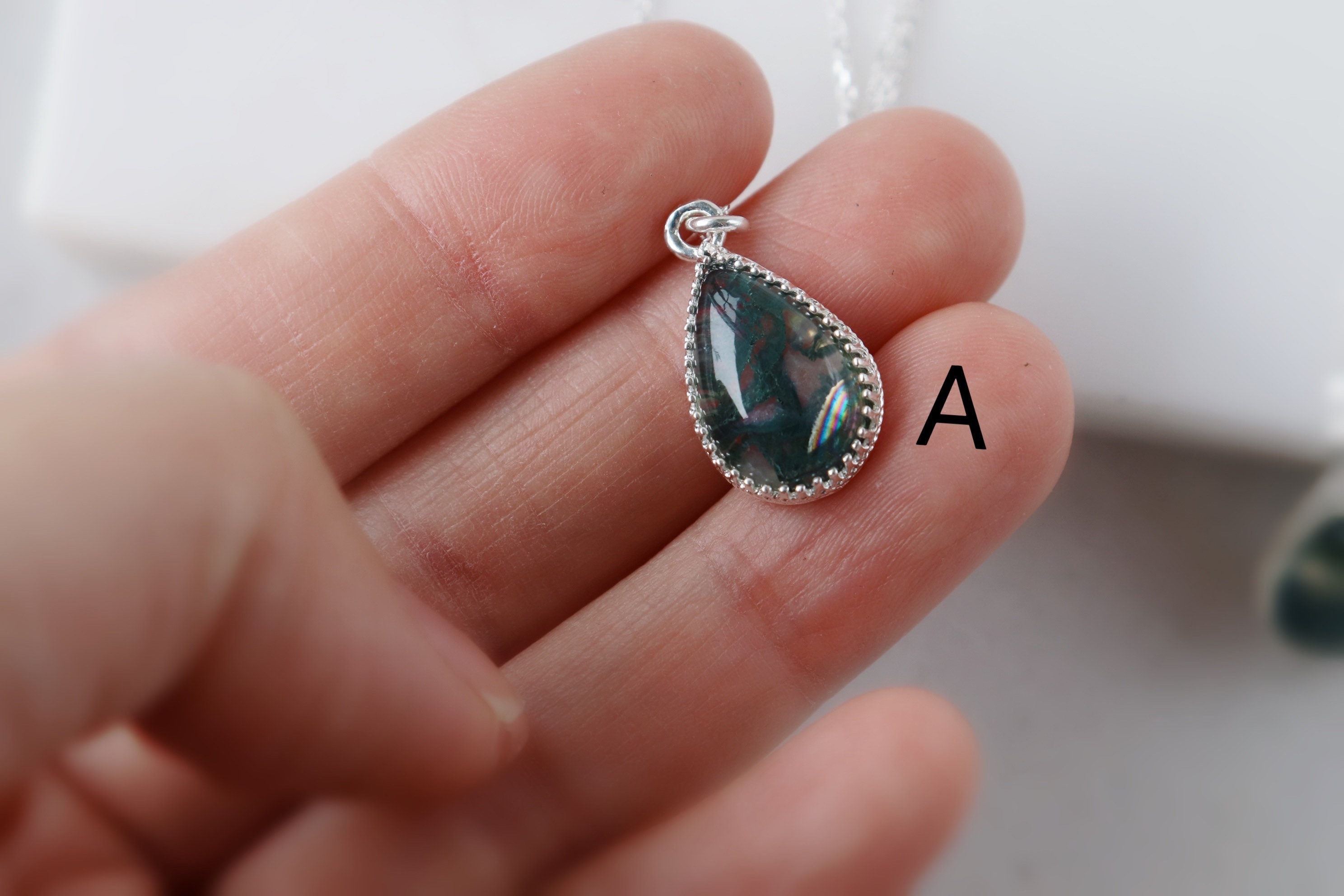 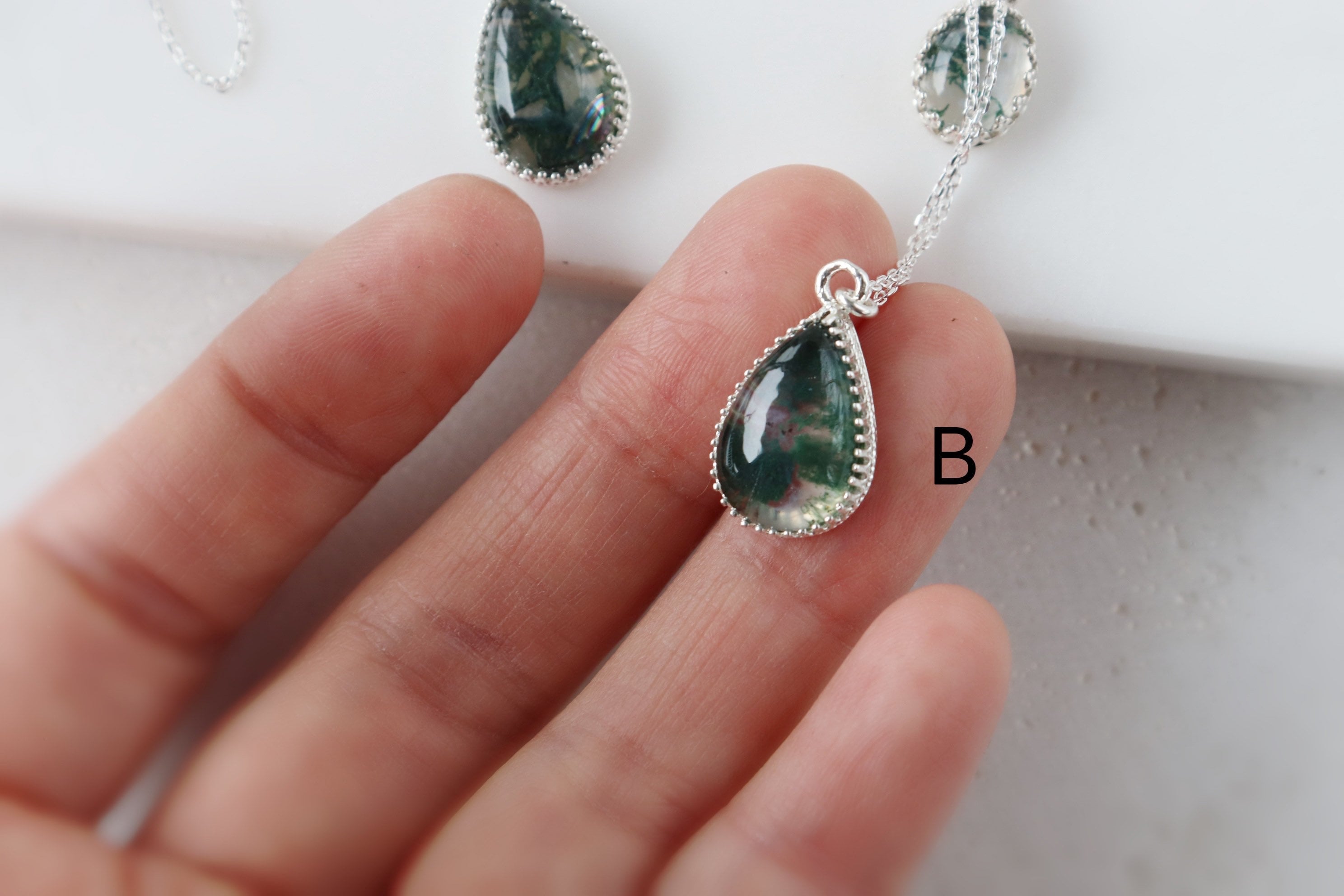 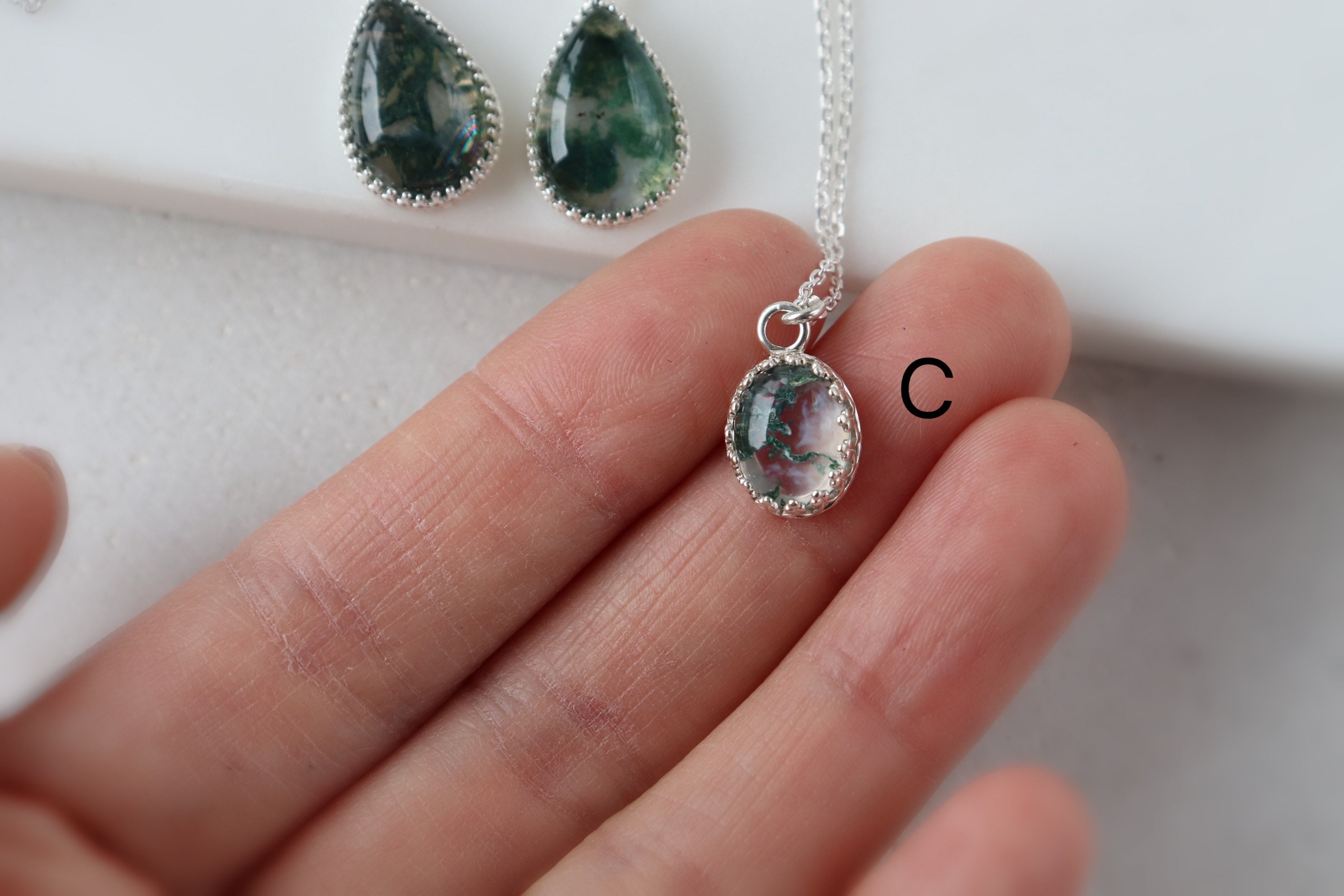 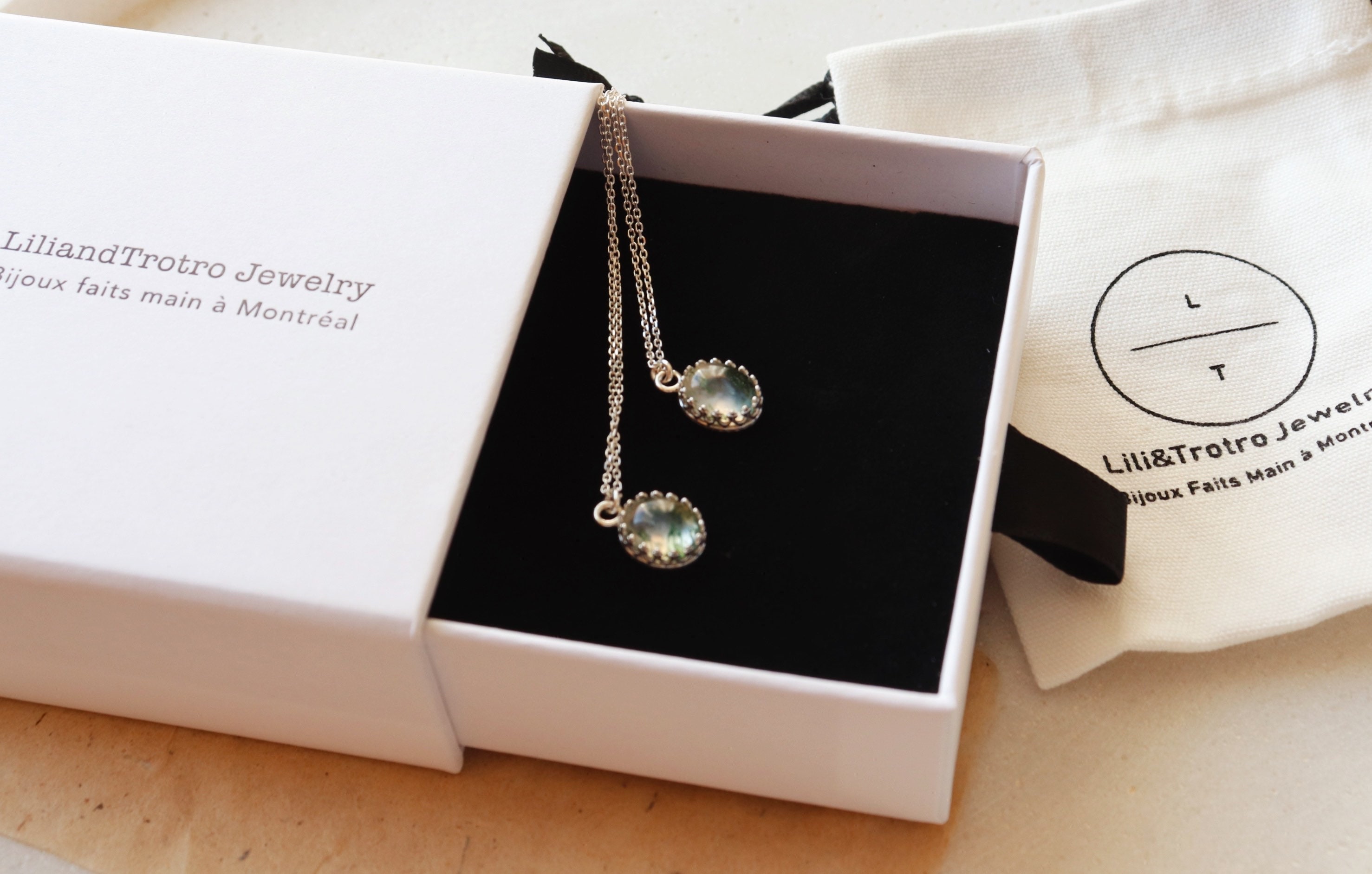 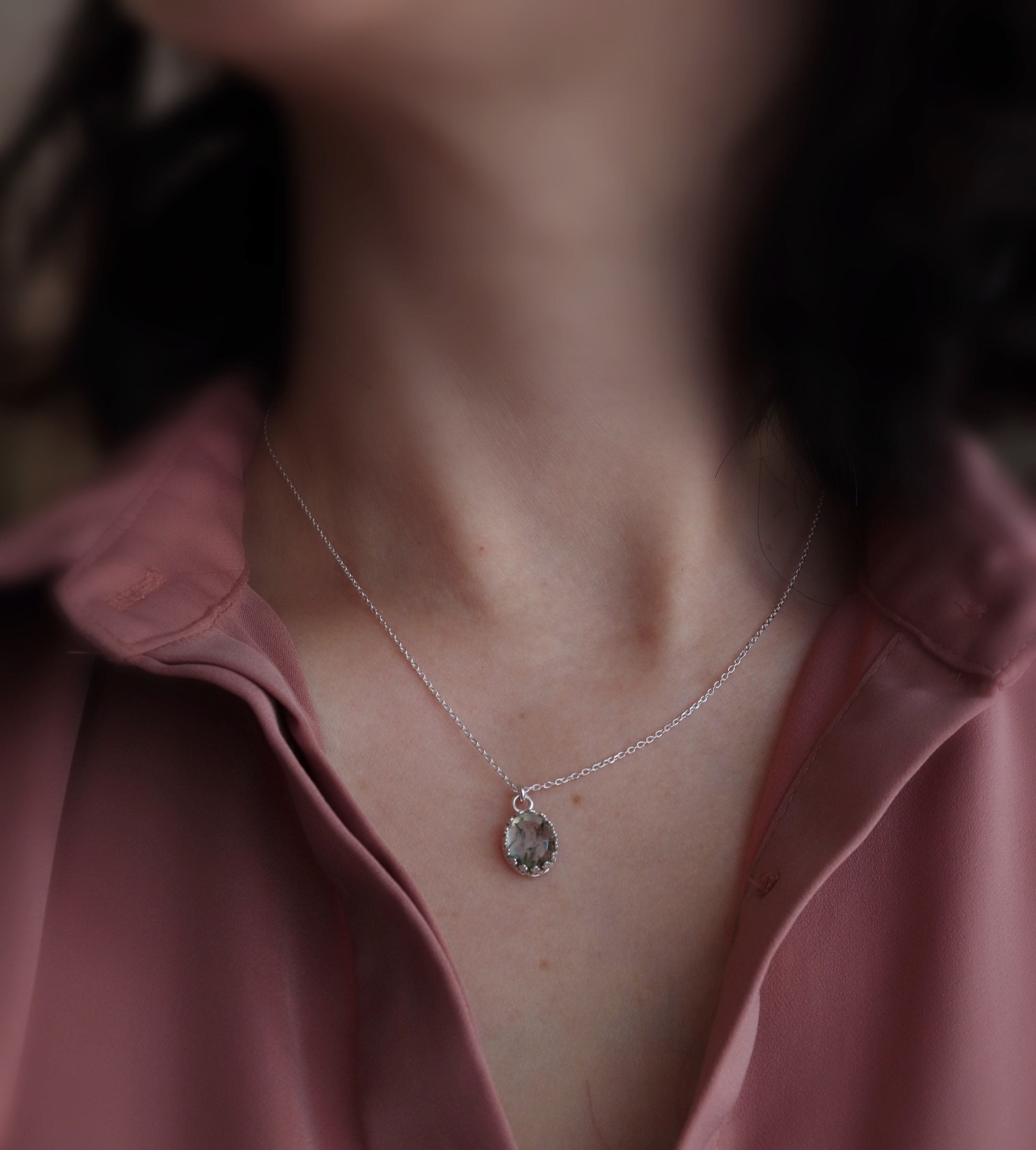 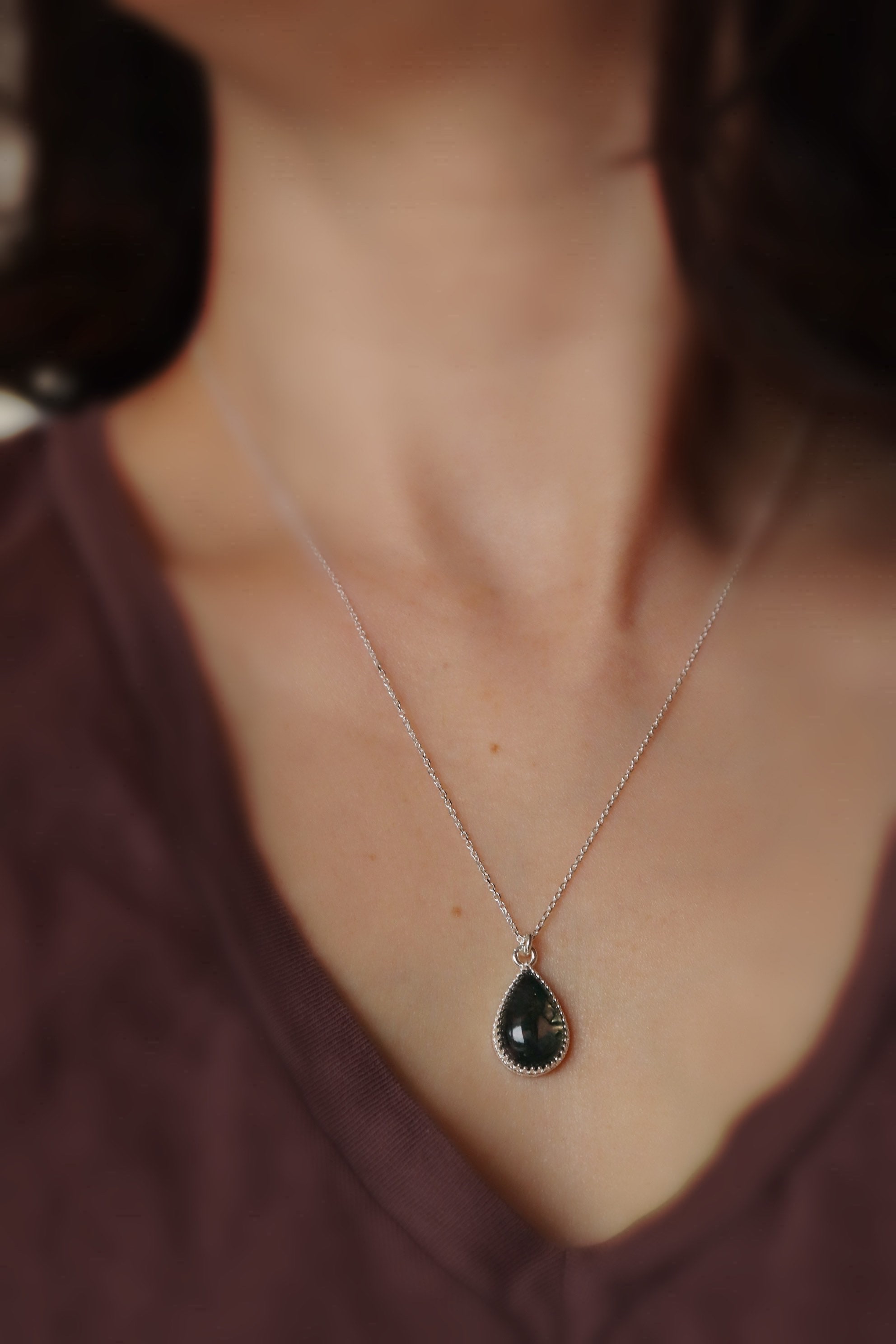 18 inches long Moss agate stone necklace.
Price is for one.

Moss agate contains green inclusions in a milky-white field, giving the stone patterns suggestive of moss. Agate is a form of chalcedony that occurs in nodular masses in rocks such as volcanic lavas.

Moss agate is a semi-precious gemstone formed from silicon dioxide. It is a form of chalcedony which includes minerals of a green colour embedded in the stone, forming filaments and other patterns suggestive of moss.

When not used, put them in a sealed air-tight plastic bag will be kept them shiny and away from oxidation.


If you are in Downtown Montreal/ Southshore (boucherville) Area, send me a PM we can schedule to meet up for curbside pickup. Or my studio (620 rue cathcart suite 524) by appointment.

I gladly accept returns and exchanges

Ship items back to me within: 30 days of delivery

But please contact me if you have any problems with your order.

The following items can't be returned or exchanged

Because of the nature of these items, unless they arrive damaged or defective, I can't accept returns for:

0 items in your cart